Back in the 1980s, a ring was purchased at a car boot sale in west London for £10 under the assumption it was a piece of costume jewellery. Several months ago, when informed by a jeweller of the ring’s potential value, the owner of the ring had it appraised by Sotheby’s. What was revealed was that the ring is actually a genuine 26.27ct cushion-shaped diamond from the 19th century. The diamond, which was tested by GIA has been confirmed to have a near colourless grade of I with VVS2 clarity. The diamond will be up for auction at Sotheby’s on 7 June and is expected to fetch up to £350,000.

Due to the old cut style of the diamond which is slightly duller in comparison to higher-tech methods of cutting used today as well as the aged ring setting, the owner wore the ring while doing chores and running errands for 30 years completely unaware of the enormous value it carried. “Comparing to the modern brilliant cut the old cut facets are much larger. This will allow more light leakage and make the diamond appear slightly duller with less sparkle. Additionally, the large to very large culet (the small area at the bottom point of the diamond) size, which in brilliant cut diamonds is none to at the most, small, acts like a window at the bottom of the stone and again, continues to cause light leakage,” explains Alexander Breckner, head of diamonds at 77 Diamonds. 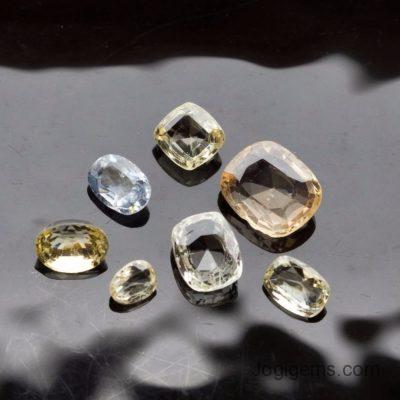 Home Hacks to Test Your ‘Diamond’:

1) Diamond tester: A diamond has the highest thermal conductivity of any gemstone and because of this the heating element on the tip of the probe registers a dramatic heat sinkwhen it comes into contact with diamond. The diamond conducts the heat away from the probe and it is this that registers with the sensor which will light up to indicate its authenticity.

2) Draw a line: If you draw a line on a piece of paper and lay a round brilliant diamond face down on it, the line will not be very visible as the diamond’s ability to reflect light masks the line.

3) Lab-testing: The most accurate and conclusive means would be to submit a diamond to a professional and independent diamond grading laboratory. By using an array of professional tools, you can be 100% sure if the diamond is real and be sure of its quality.